New accolades for three drainage systems from Dallmer: the CeraLine shower channel, the CeraNiveau short channel and the Zentrix grating have all been awarded the Good Design Award. With this award, the jury acknowledges the uniqueness and quality of the design and the functionality of the products, all of which are used in level-access showers and barrier-free sanitary facilities.

The Good Design Award (USA) is widely acknowledged as one of the oldest and most prestigious awards for design excellence worldwide. The key decision criteria of the jury – which is made up of professionals of the design and art scene, company representatives and diplomats – include level of innovation, concept, material, design, craftsmanship, functionality, value to users and aesthetic impression of the products. The award was founded in 1950 by Edgar Kaufmann jr. and is awarded each year to sophisticated and innovative designs. Founder, organiser and host of the Good Design Awards is the Chicago Athenaeum Museum of Architecture and Design. It is considered Chicago's most prestigious cultural institution and is the only museum of its kind in the United States of America. Each year, some 3,000 applications from more than 40 nations are submitted in the hope of winning one of these coveted awards. As winner of the Good Design Award, Dallmer is entitled to use the Good Design logo, which was designed in 1950 by the renowned industrial designer Mort Goldsholl.

With this award, CeraLine shower channels and other drainage systems for level-access showers are continuing Dallmer's impressive series of design successes. In recent years, the medium-sized company has also been honoured with numerous other international awards, including the Red Dot Design Award - Best of the Best, various Red Dot and iF design awards, as well as being nominated for the Federal Republic of Germany Design Award, Design Plus and many others. 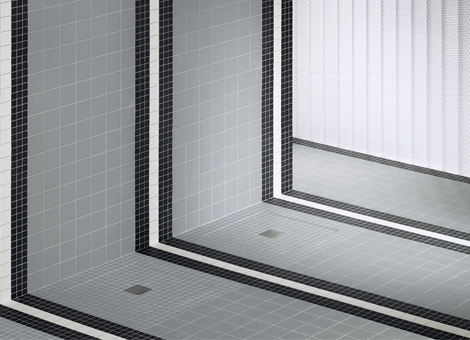