Dallmer's creative innovation in the level-access shower sector reaches yet another high with the new DallFlex shower underlay. As a version of the already established DallFlex drain body, the eponymous shower underlay offers even more installation options. Three versions are now available for the seven designer shower channels from Dallmer. DallFlex Floor, DallFlex Wall and DallFlex Compact can position the shower channels either flush-in-floor or front-of-wall and ensure reliable drainage. The shower underlays are compatible with Dallmer's CeraFloor and CeraWall, including the Pure models, as well as with its short channels Zentrix and CeraNiveau.

Simple installation
The DallFlex shower underlay is applied dry using tile adhesive, so that it is not necessary to further embed the drain in the screed. It is made of high pressure-resistant EPS foam with a prefabricated groove for the seamless accommodation of the DallFlex drain body. The supplied sealing sleeve ensures permanent sealing and is simply clicked onto the drain. Thanks to the proven removable trap insert, the system is easy to clean.

This product innovation is available as a standard version or with added noise protection, whereby the installation height of the underlay remains the same. This ensures
planning certainty for builders and architects alike, while at the same time saving time and costs for installation engineers and tilers. The installation engineer is able to simply hand over the system to the tiler, safe in the knowledge that it will always reliably seal. 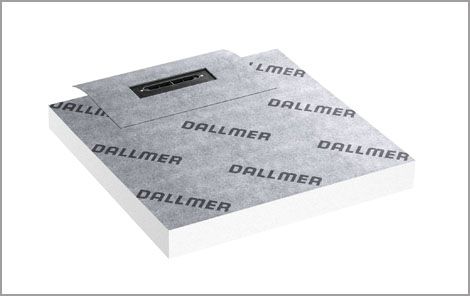 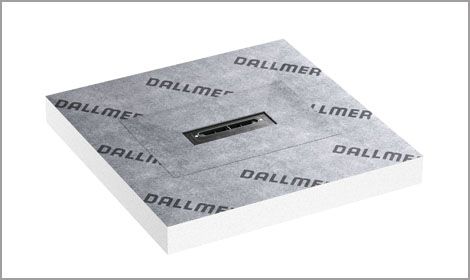 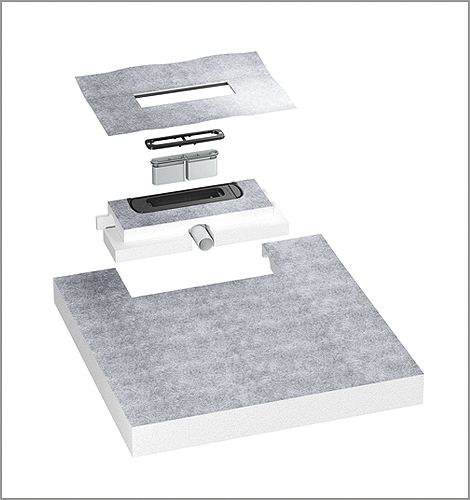