Dallmer: on your maaaarks, FC ORIO joins the team with its elegant design - our special Euro 2012 model

Football fever is on the rise. UEFA Euro 2012 is about to kick off. So Dallmer is introducing its new team players - FC ORIO. Shower traps from Dallmer with cool models for striker, defence, midfield and goalkeeper - and its "Euro 2012" designer cover plate - now available with a unique football look.

A team is only successful if it stays on the ball and masters new challenges. That is the only way to keep your finger on the pulse and keep abreast of changes. And that is not just true of football; Dallmer's FC ORIO - the insider tip for all flat shower trays - also reflects this philosophy. Which is why the ORIO team from Dallmer is back in the competition: with top fit players in all positions. Powerful shower traps with sophisticated technology and elegant look:- ORIO, the proven shower traps with optimised drainage rate- ORIO 60 with a flat housing of just 60 mm- ORIO V with fire insulation option- ORIO Plus with outstanding drainage rateAnd on the occasion of UEFA Euro 2012, Dallmer has created a special football version - the special "Euro 2012" model for all shower and football fans.For more information on the top-fit ORIO team from Dallmer - watch this space. 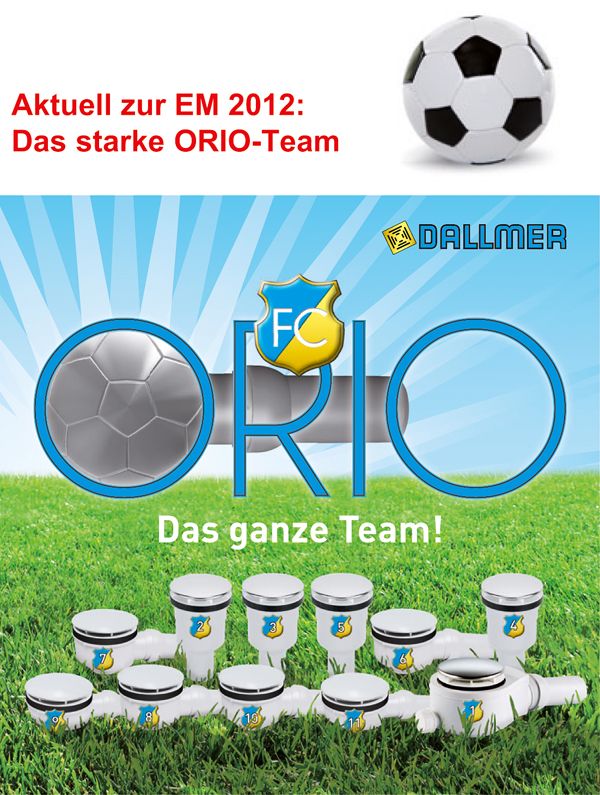